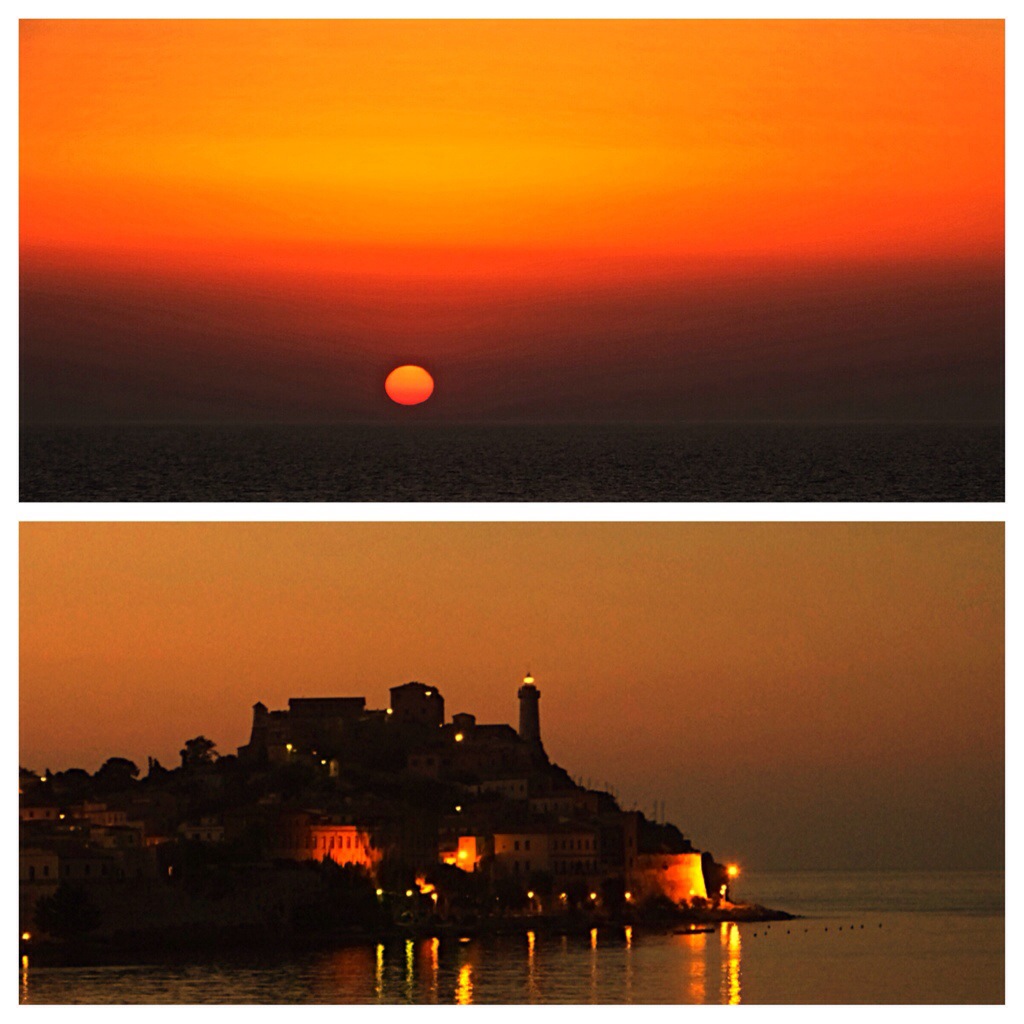 I read in a book on charisma that Napoleon tried desperately to escape the isle of Elba while he was banished here. (He was mentioned because he had huge charisma.) When he finally did escape and made it back to the mainland he became the emperor he wanted to be, but while he was here he made a lot of major improvements to the infrastructure. People here practically revere him. I guess I’m not destined to be a world leader, which I’m pretty sure I knew already, because I don’t understand his need to escape.

Sep and I traveled from Rome to Elba yesterday (Sunday), which is the worst day to travel away from a big city to a very small one because none of the offices at train stations are open and there are essentially no employees to help you. We made it, though, with no major snafus along the way. The biggest problem we had was getting from the ferry to the house once we were on Elba. Luckily we had become friendly with a man named Klaus from Munich on the last leg of the journey because he asked us for directions to get to the same bus for which we were waiting. He was also traveling to Elba to meet his wife and kids who were already there on holiday (the German schools are closed for the week on holiday, apparently). He offered to give us a ride and we gratefully accepted, not realizing how hard it would be to find the house once we were in the car. It all worked out though, and we gained a new friend. Also, The picture of the sunset and of the peninsula at night are from the ferry on our way into the island (portoferraio).

I had my reservations, at first, because when we arrived the house was in pieces. None of the mattresses were on the beds, hardly any of the sheets were clean, the contents of the house were scattered and in weird places after having been put away for the year and taken out again to air out, and we had also arrived a day earlier than planned due to a miscommunication.

Today was amazing, however. The professor who hired me showed up at 2pm with his research assistant, Giacomo. We spend the morning before they showed up cleaning and organizing and getting beds ready for their arrival. (Side note- one of my favorite things so far is that all the clothes and sheets are dried on a clothesline, which makes them smell so good. It also makes them feel extra clean, which I like.) Once they arrived Professor Calleo wanted to take a nap since he’d had a long journey (and is almost 80). The rest of us (Giacomo, Sep, Zizi (Calleo’s niece), and Zizi’s husband) went to the beach, which is the last picture you see. It was absolutely amazing.

The Mediterranean has a very different quality than the Caribbean or the Atlantic, which are the only two other oceans I’ve experienced. The salty feeling stays on your skin and makes it soft long after you’ve washed your hands, made dinner, washed dishes, and taken a shower. I hope it makes my hair soft.

The town of portoferraio is small but bustling. Zizi and Giacomo say that it’s usually empty in early June as the weather us usually much more temperate than it is currently. Today was sunny and beautiful, around 85 degrees farenheit. I haven’t figured Celsius out yet. Zizi and I made dinner (pesto, rosemary & garlic chicken, salad with oil and vinegar, and mushrooms) together and we ate as a group around 9.

I’ll explain more about the dinner formalities in another entry- this one is already getting too long. Tomorrow we will wake up late and have a leisurely day. The professor is still tired and declared at dinner tonight that the “real” work can start next week. We all chuckled because we’d already spent all day doing very real work, but it was a nice sentiment anyway.